Instagram is currently one of the surest ways for brands to meet a wide variety of demographics online and with sponsored Instagram stories they can engage audiences in creative and relevant ways like never before.

Campaign budgets at every level can utilise sponsored Instagram stories to great success – and with our market insight and creative user-experience and design, we can ensure your branded content engages users in meaningful ways that meet the objectives that are important to you.

If you’d like to learn more about how we can help you reach your target demographic with sponsored Instagram stories get in touch with us at hello@collab-ed.com.

Instagram continues to be a major marketing channel for businesses and with 50% of its UK users active for in excess of an hour a day it’s unsurprising that many take an interest in brands after seeing them on the platform. Quick to match or mimic social trends as they pop-up elsewhere, Instagram’s users are kept engaged across all corners of its wide demographic. Stories, the platform’s first evolution from its initial grid format, came in the wake of Snapchat, and today, as other channels struggle to get users to engage with sponsored content, Instagram boasts that 1/3 of their most viewed stories are creative brand content. That’s where we come in.

In 2019, Stuttgart Airport wanted to further expand its reputation as the gateway to SouthWest Germany with an integrated marketing campaign built around the region’s Cannstatter Wasen Beer Fest.

Alongside other key campaign elements, a sponsored Instagram story competition was used to both drive reach and capture data.

Branded content was created which carefully combined the clients corporate identity with a youthful and fun sequence of designs to appeal to the campaign target 18-34 demographic. Our Instagram story
campaigns with collab-ed
use fun creative to drive serious results - a combination we continue to find extremely successful.

In 2018, we delivered a successful integrated campaign for fly-baden which enabled the family demographic of UK travellers to sample a taste of the Baden region as a varied summer holiday destination.

The campaign centred around an experiential element and used sponsored Instagram stories to both publicise the event in advance and amplify reach whilst also encouraging users to follow the fly-baden social channels to help raise overall brand awareness. The campaign was also supported by both OOH and media elements.

Overall the campaign reached in excess of 750,000, with over 500,000 being via the sponsored Instagram story amplification. 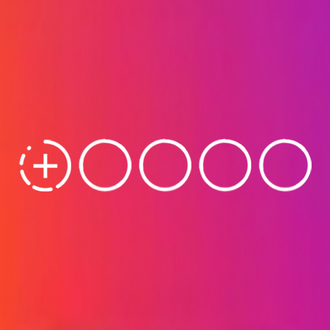